Xtreme Queen is the only Queen Tribute Band that reproduces in full detail, the legendary 1985 LIVE AID performance as part of every concert!

​A high-energy Queen cover band based in New York, this group of seasoned, multi-talented singers & musicians is the closest experience to a real Queen show since the passing of Freddie Mercury. Thrilling the audience with electrifying guitar solos, addictive riffs, and legendary lyrics, the music of Queen has mesmerized fans for decades.

Xtreme Queen’s front-man, S Thomas, as Freddie Mercury, has been a professional Tribute Artist for over 10 years. He has been featured on Good Morning America, VH1, MTV and several other prime time networks. His showmanship authentically replicates all the signature moves, charisma, voice and energy of Freddie Mercury himself.

Xtreme Queen is Captivating Audiences Of All Ages! 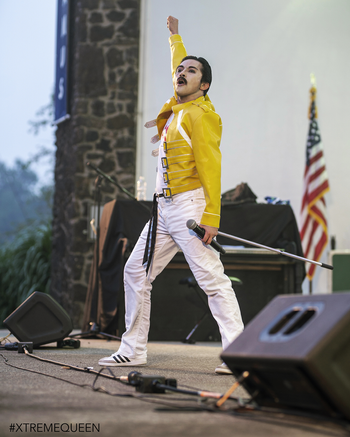 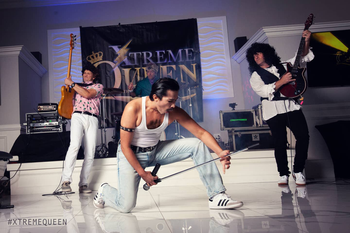